A NEW SOURCE OF SEED FOR FLUE-CURED GROWERS 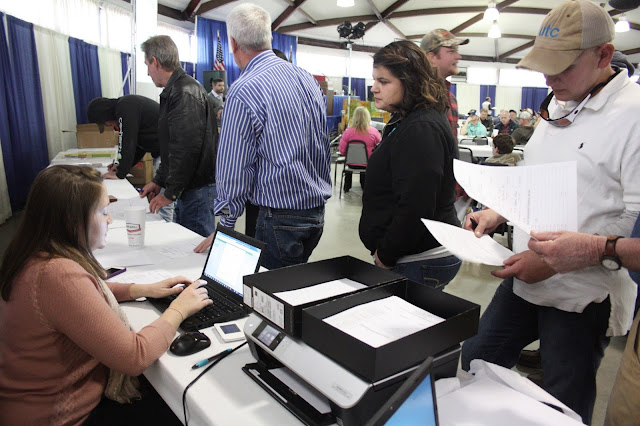 One seed company gets out of flue-cured. Another gets in. Champion Seed, a 60-year-old company that specializes in vegetable seed, has acquired exclusive rights to market F.W. Rickard's flue-cured varieties after January 1. No change is expected in sales procedures for 2018: If you want Rickard flue-cured seed, simply go to the retailer that has sold them to you before, says Zeb James, Champion sales representative in Arapahoe, N.C. He is not taking orders himself, but if you have questions about the new arrangement, you may call him at 252-637-8903.

Stripping slowed: In parts of the Burley Belt, late November and early December were very dry. That interfered with stripping plans. Now, in some areas, farmers have a lot of tobacco still hanging in barns. East Tennessee is one such place. "We hope we have better conditions for stripping in January than we had in December," says Don Fowlkes, manager of agronomy for Burley Stabilization Corporation in Greeneville, Tn. "Tobacco hasn't come in and out of order much at all. Quality is a mixed bag."

Despite some late planting--and some very late harvesting--the 2017 flue-cured crop turned out fairly well for most growers in the N.C. Piedmont, says Tim Hambrick, N.C. Area Extension tobacco agent stationed in Winston-Salem. "They have a little more money in their pockets than last year," he says. There is a need for some invest-ment on many farms, but not much is likely to be made, due to uncertainty. This season will be remembered for its length: Harvest went well into November here, says Hambrick, in part because rains delayed some planting until late June.

Parts of the fire-cured crop in the Black Patch of Kentucky and Tennessee were harvested later than is desirable too, says Andy Bailey, Extension dark tobacco specialist. This should be avoided whenever possible. "We usually don't do as well with fire-cured that is cut after November 1. The tobacco normally has had some frost damage by that time, and it is more difficult to maintain temperatures that are needed for fire-curing once the weather gets colder in November." He says that is the case even with the newer, tighter barns.

Crop value up in the Commonwealth: The value of the Kentucky tobacco crop rose to around $350 million in 2017, up significantly from the $283 million taken in in 2016, according to University of Kentucky agricultural economists. A better growing season resulted in a higher quantity and quality crop for both burley and dark farmers.

Fewer flue-cured barns for sale? Because the dropout of growers is likely to be less due to the good season we just experienced,  not as many used barns--especially not quality barns--will come on the market, says Bob Pope, owner of Long Equipment Manufacturing Company of Tarboro, N.C. On a related note: His company's name has changed from Long Tobacco Barns to Long Equipment Manufacturing, to reflect the broader product line that it now offers.

Meeting demand: Jim Schneeberger has been named Senior Vice President of Leaf Operations and Sales for the U.S. Tobacco Cooperative, part of an effort to better meet international and domestic demand for U.S. flue-cured tobacco while driving volume and growth, according to a USTC announcement. He had previously been USTC vice president for business development.

Briefly noted: Flue-cured grower Jerome Vick of Wilson County, N.C., and machinery manufacturers Randy and Don Watkins, of Granville Equipment Co. in Oxford, N.C., were named "Tobacco Greats" at the recent 2017 N.C. Tobacco Day in recognition of the significant contributions  they have made to the tobacco industry.

GAP GROWER TRAINING EVENTS
Check with your local Extension Service office for further details.
All meetings listed here are free and presented in English.
DATES TO REMEMBER
Editor's Note: We hope you have enjoyed the December II issue of Tobacco Farmer Newsletter. If you haven't signed on to receive the newsletter regularly, please email me  at chrisbickers@gmail.com.--Chris Bickers

The global supply/demand balance for burley improved entering 2017 following three years of excess supplies and dwindling demand, says Will Snell, Kentucky Extension tobacco economist. "Demand conditions for U.S. burley remain soft in the international market." U.S. burley exports fell 24 percent in 2016 and are down more than 15 percent so far in 2017, he says "Alternatively, imports of burley tobacco into the U.S. market have continued to gain market share, comprising one-half to two-thirds of all burley used by U.S. cigarette manufacturers in recent years." Domestic cigarette sales are expected to fall three to four percent in 2017, matching the historical annual decline of nearly 30 percent over the past decade, he says.

Despite deteriorating demand conditions, the outlook for the current U.S. burley marketing season is benefitting from a large decline in African burley production this past year, Snell says. "Kentucky burley yields will be higher, and overall the quality of the 2017 crop appears favorable for buyers." Good quality crops should average in the low to mid $1.90s, up a few cents from the past two seasons, he says. But Africans are boosting production in 2018 which will likely lead to a global surplus in the coming year. "Consequently, the early outlook is for a reduction in U.S. burley contract volume in 2018, especially if the 2017 crop comes near the level currently projected by USDA."

Burley stripping is over half way complete in Kentucky. "It is a fairly decent crop," says Bob Pearce, Extension tobacco specialist. The quality is the best in several years." He hasn't seen enough crops to make a good estimate of the state's production, but he thinks USDA's most recent estimate of Kentucky burley--132 million pounds--is probably at least 10 percent too high.

The progress is similar in Tennessee, where Eric Walker, Tn. Extension tobacco specialist, says stripping is proceeding at an average pace or better. "Some farmers are not far from being done," he says.

No new varieties for burley or flue-cured this season, but Pearce says the relatively new burley variety from the Kentucky-Tennessee program--KT 215--seems to be catching on with growers because of its good resistance to Race 1 black shank. It is also resistant to fusarium wilt but has no resistance to potato virus Y. 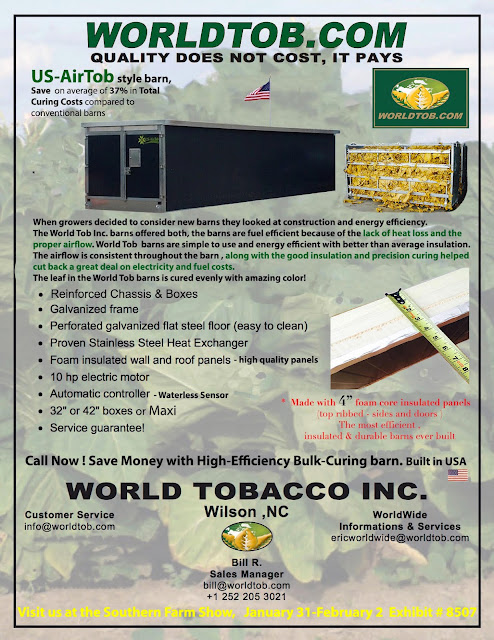 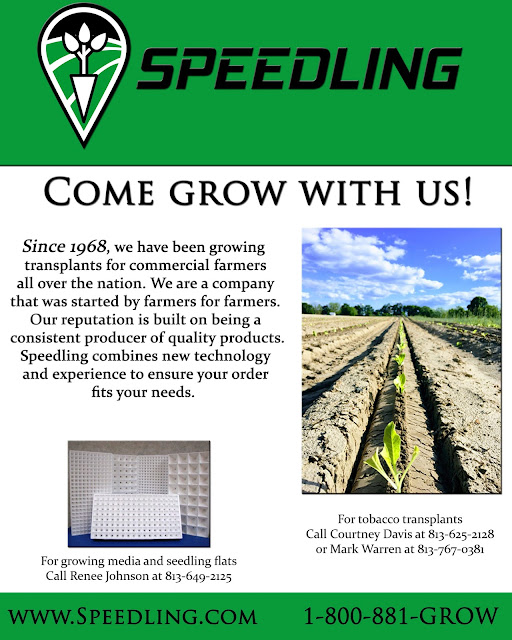 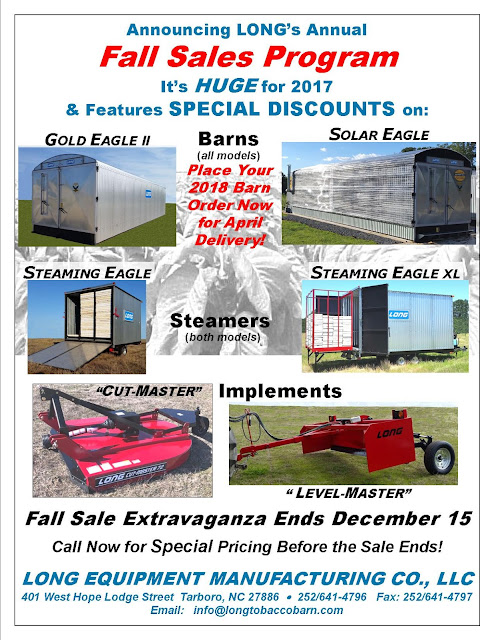