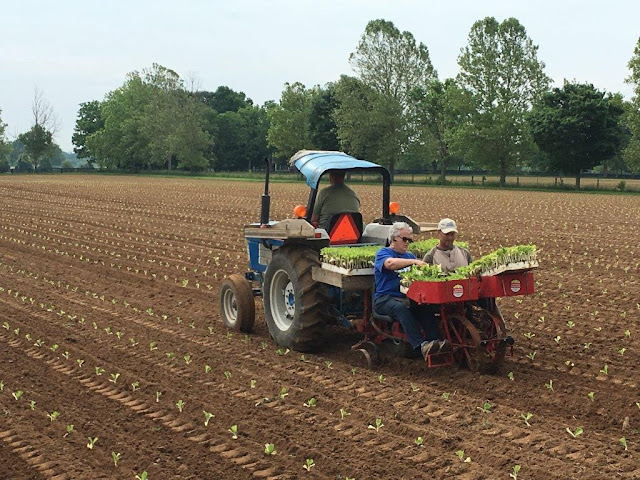 Transplanting in Kentucky was about half complete at the beginning of June, according to USDA. File photo courtesy of BTGCA.

THE DROUGHT IS BROKEN--FOR NOW
FLUE-CURED
North Carolina: It finally started raining in North Carolina on Wednesday, with parts of the state getting four inches or more. There are some pockets in the Eastern Belt that had rain that would be classified as excess, as much as eight inches in some cases. Raleigh got a relatively light 2.5 inches, which was still more than it got in the whole month of May. Ironically, farmers in the hard hit areas are cutting ditches and draining fields, which is the polar opposite of what they were doing a week ago. On the other hand, some areas—around Winston-Salem for one—got no rain at all this week and are listed as in a severe drought…Vann notes that night-time temperatures finally got above 65 degrees last week which will be a great boon to plants.
South Carolina: The Pee Dee, the state’s leading tobacco area, got some rain last week to help with the drought that has been developing. “In most places, we got a half to one inch of rain this past week,” says Matthew Inman, South Carolina tobacco Extension specialist. “That was a welcomed relief because temperatures had been in the mid-upper 90s for several days.” There are no significant problems in the field so far, he says, just a little tomato spotted wilt with the normal disease issues starting to show up in some places. Some fields have suffered from sunscald due to the high temps and drought. Tobacco roots definitely got stressed this spring. “That may prove to help the root system in the long run,” he says.
Georgia and Florida: “We are not getting enough rain to keep up with the crop’s needs and growers have been relying on irrigation to keep the crop growing,” says J. Michael Moore, Georgia Extension tobacco specialist. “The tobacco that was looking like a bumper crop a few weeks ago slowed down and is not growing as rapidly. We are hoping that things will speed up.” There have not been a lot of warm night temperatures yet.  Friday brought scattered showers (1.5”-3”) and hopes for renewed growth of Georgia tobacco as they are expected to continue through the weekend...Most tobacco has received the last cultivation and fertilizer application. Some sucker control chemical application has started.
BURLEY AND DARK
Kentucky: The rainfall for most of the state has been better than in the Carolinas. “We got about an inch and a half at the station in the last two days (through Thursday), said Andy Bailey, Extension dark specialist stationed at the Research and Education Center in Princeton, Ky. “At least 50 percent of our tobacco has been set, and most of that got timely rain soon after planting. Now, we would like to get back in the field, but I don’t know when we will be able to—the predictions are for rain every day next week”...In some areas of Kentucky, replanting was taking place because of earlier flooding, according to USDA.
Tennessee: In Macon County, near Nashville, the majority of the tobacco has been planted, reports Keith Allen, County Extension Tobacco agent. There are approximately 75 farmers raising 1,200 to 1,500 acres, primarily burley, with a small amount of Pennsylvania wrapper and other specialty tobaccos, he says. In neighboring Robertson County (Tn.), the large dark air and dark-fired crop was expected be completely planted early this week…Much less burley is being grown in Tennessee now compared to five years ago, says TFN contributor Bob Dudney. “My home county, Sumner, has had only three burley tobacco growers over the last few years.” There have been many more in the past, especially before the departure of Alliance One from the market. It would be hard for middle Tennessee farmers to get back into tobacco on any scale now because so many of the farms where tobacco had been raised have been subdivided, says Dudney. “That and the fact that tobacco raising is much more expensive than in the past make a rebound here unlikely.”
North Carolina: In the burley-growing area of northwest N.C., the weather was very dry until the last week of May. Grower Robert Wurth of Lansing, N.C., reports, “It has been about as dry as I have ever seen it for this time of year. I imagine entire fields would have been lost if the rain had not arrived when it did. It started falling last week after scorching heat and low humidity last week.” After the rain, the heat subsided for two days, and a few fields received slight frost damage on Memorial Day, he says. Quite a bit of replanting has been required. “Burley here is about half set or better, and now growers [who have it] are planting Connecticut broadleaf.” Wurth planted some CBL on May 24 and thinks he might should have waited a week. “Even with a very high rate of transplant water per acre, we had severe transplant shock, from which the crop is struggling to recover.” The broadleaf seems to be much more susceptible to sun scalding during transplant, and more replanting will probably be needed.
TOBACCO EVENTS SUMMER 2021 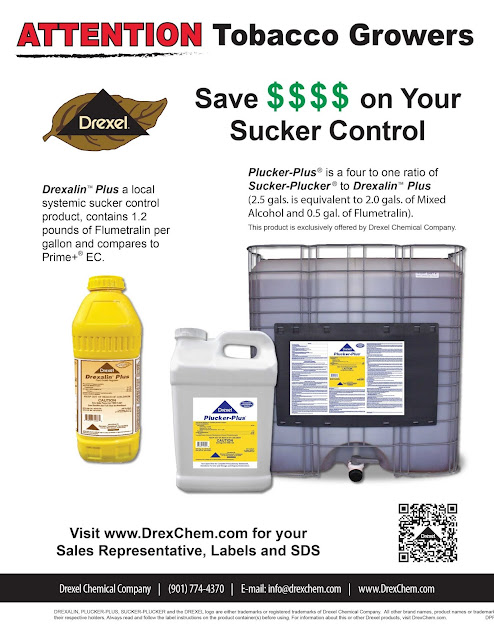 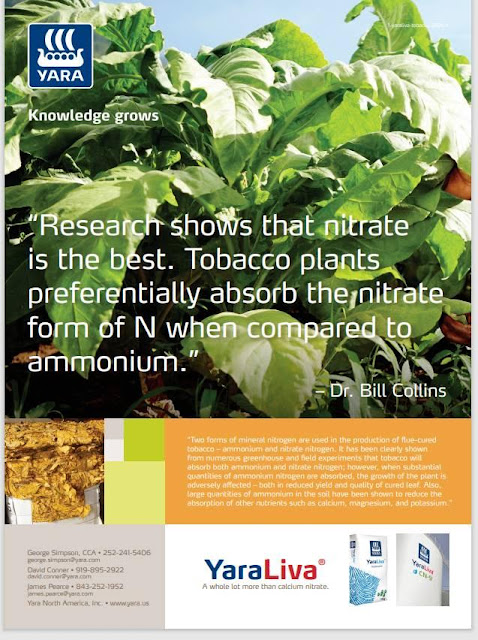 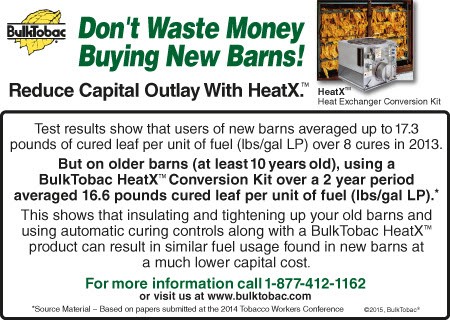